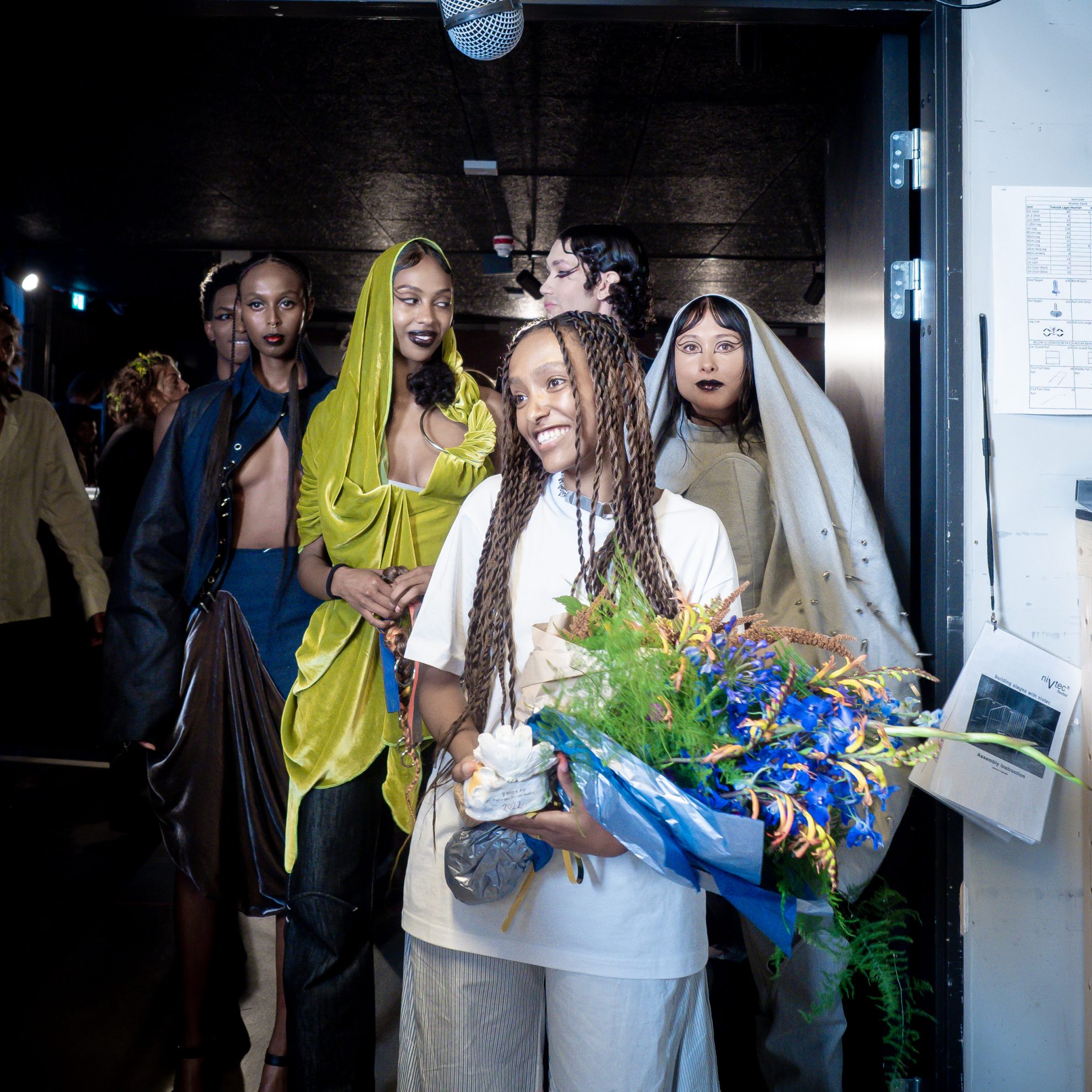 Selected by a jury consisting of Norway’s foremost opinion leaders in fashion and design, four graduating students from the design schools KHIO, Esmond, Oslo Met, and SOFI showed their exam collections on the Oslo Runway catwalk. After the show, Margaret Abeshu from Kunsthøgskolen i Oslo (KHIO) was announced as the winner of the DS Fashion Talent Award.

”Margaret has impressed us with her clear vision and interesting perspectives on sustainability and gender. Her concept is strong; the way the clothes sit on the body, the rich details and the nice finish. We look forward to following her in the years to come,” the jury stated.

The announcement made Abeshu overwhelmed with feelings — and pride.

— Yes, I have to be honest with that, she said afterwards — because I have been working with this for like…initially, I started around eight years ago, very slowly, and then got into school where I continued and took my master’s. So, I’ve been really working hard even if I didn’t know what the goal was. You always need to be prepared, instead of waiting for something big to happen, because you never know when the opportunities are coming. And suddenly, this chance came — we’ve never had this type of competition before on Oslo Runway.

The jury highlighted your work with sustainability, how do you work with it?

— First and foremost, I feel like the definition of sustainability is different for me. I work with critical theory, where I go through history and think critically, within the practice but also outside of it. So, I think that that in itself is sustainable because you have to study the fashion concept again; what is wrong with it, what can we fix, and what can we do better. So, all this is like an ’unseen process’ in the collection, embedded in my intention and the whole thing behind how I work. Number two, I chose to use denim and I work with deadstock from Denim.lab, I use patchwork technique in the collection, and waste is also very important to me — you have to reuse it.

One of the biggest trends seen on Oslo Runway was gender and gender fluidity. Also for Margaret Abeshu.

— I don’t necessarily have a focus on that, but when I developed the collection, I started with making a jeans pants pattern that could suit both a man and a woman. But I don’t want to exaggerate it too much, I’m not a big fan of putting a male in a super-feminine look — the person who wears it needs to feel comfortable in it. For the collection, I made a lot of corsets — typically very feminine, but you can see it on a man. I then had different models that I did fitting with and one of them — who actually became my muse — said that he would definitely go with this corset piece with studs. So, he gave me the confidence.

Can you tell us about your future plans?

— Working inter-disciplinary with art, critical theory, and fashion, doing exhibitions and curating, which I also work with. And, I want to make a collection and show it, hopefully next year…

And the award also secures a spot for you on next year’s Oslo Runway show schedule.

— Yes, exactly, and in November, I will have my first solo exhibition in Skien, outside of Oslo. 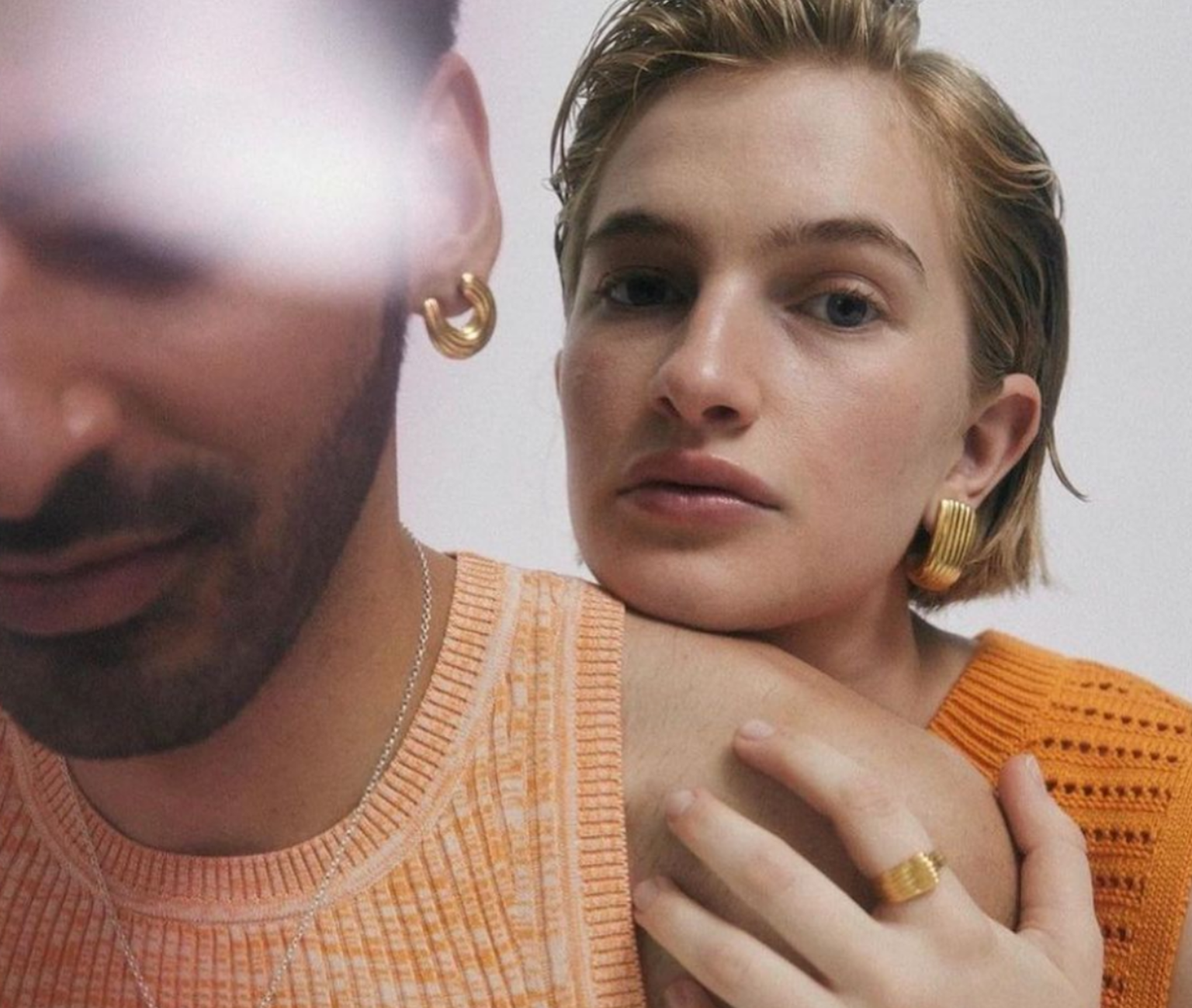 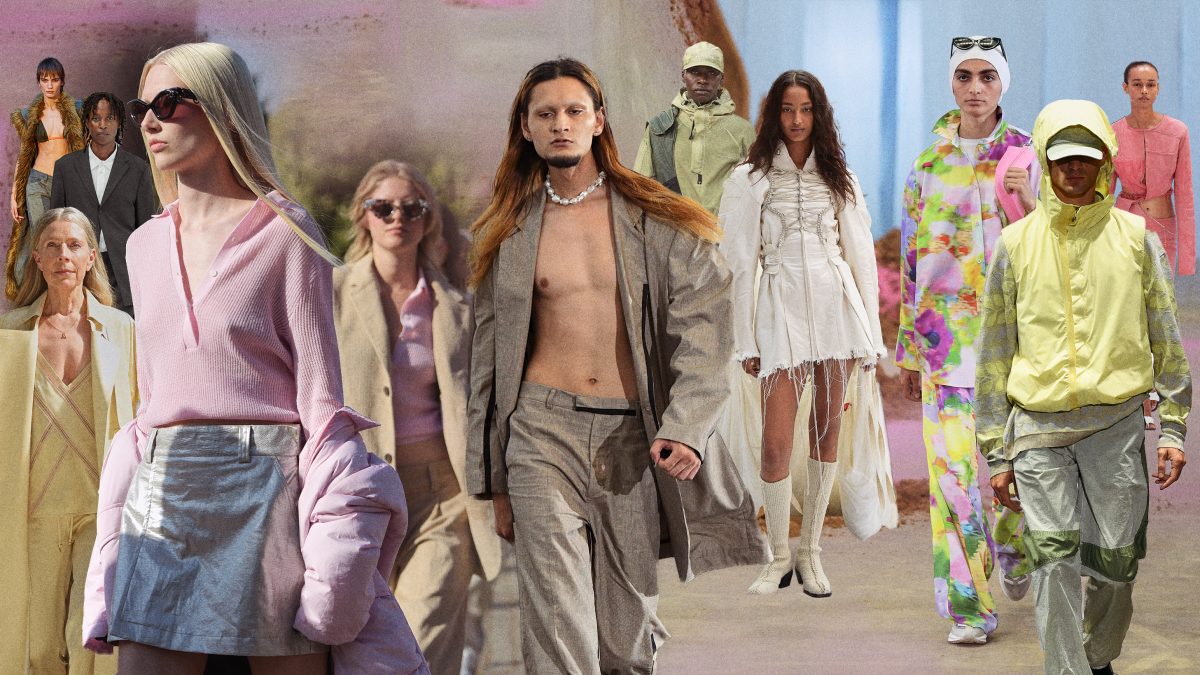