”We are currently experiencing a crisis of supply and at this volume, waste isn’t just environmentally irresponsible — it’s a CFO issue!” 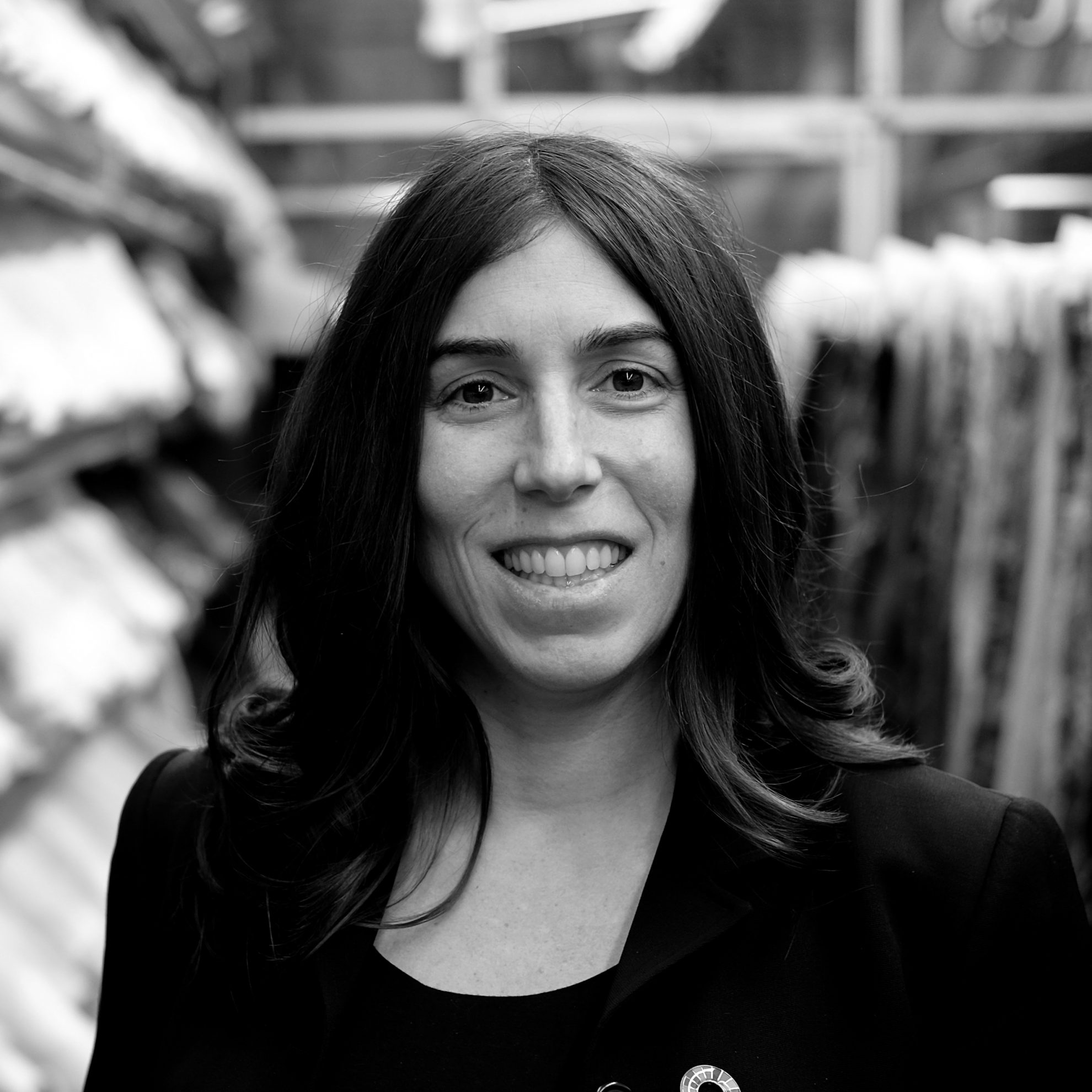 STEPHANIE BENEDETTO
On turning unused textiles from pollution into profit

Even though the New York-based entrepreneur comes from a family background of over 100 years in fashion and textiles, she shares how the industry gives her mixed feelings.

— As much as I love the industry, Benedetto tells, I disliked all the waste it produced and believed there had to be a better way that made sense for people, for planet, and for profit!

So, she and her colleagues founded Queen of Raw, which she describes as a global marketplace where anyone from a student, maker, crafter, or quilter, to the biggest brands and retailers in the world, can buy and sell their unused textiles.

— We’re keeping them out of landfills and turning what would be pollution into profit! says Benedetto, continuing,

— But we don’t stop there! We also built proprietary software that helps enterprise organizations figure out what they have all that waste and how to intelligently minimize those waste streams going forward.

How big is this issue for the fashion industry?

— Every single year, $120 billion dollars worth of unused textiles just sits in warehouses collecting dust or being burned or sent to landfills. And this supply chain waste matters now more than ever. We are currently experiencing a crisis of supply! More unused inventory than ever before because of cancelled orders, closed stores, huge returns, and missed seasons and collections. At that volume, waste isn’t just environmentally irresponsible, it’s a CFO issue!

To combat the issue with unused textiles, Queen of Raw uses blockchain technology. For obvious reasons, according to Benedetto.

— We are very specific about how, when, and why we use blockchain, and our service could clearly operate without it. But when you start to grasp the scale of this problem, and you realize that you’re trying to connect the dots between a tier 1 supplier and a tier 14 supplier, and trying to keep track of who changed what, and when, and why — that’s why so much of this issue has stayed buried for so long. A centralized database isn’t going to fix that.

— I know that blockchain means a lot of different things to a lot of people. To some of them, it means nothing, to others, it’s just cryptocurrency. But when it comes to securing the integrity of the supply data you’re collecting and creating a story around, I think it’s a game-changer. We’re building a system of records that can add real accountability and traceability to the history of a roll of fabric. And that’s something the industry has never had before, so it’s fitting that we’re doing it in an entirely new way.

The brand just presented upsetting facts, that, by 2025, two-thirds of the world’s population will face shortages of freshwater from textile production alone.

— One T-shirt takes 700 gallons of water and 1/3 of a pound of chemicals to produce and another 700 gallons of water to wash it in its lifetime. And, that’s just 1 shirt — over 2 billion shirts are sold around the world every year. If we continue at the current pace of textile production, according to the World Wildlife Fund, then by 2025, two-thirds of the entire world’s population will face shortages of freshwater and be exposed to hazardous chemicals from textile production alone. Especially in developing countries. So, it’s not happening 100 years from now, or 50 years from now, or even 10 years from now. It’s happening today and on our shores.

Last year, Stephanie Benedetto became a Cartier Women’s Initiative Laureate and in their communication, the company shares how they’ve saved over one billion gallons of water — enough clean water for 1.43 million people to drink around the world for 3 years.

How? And how did you come up with that number?

— For every fabric listed in Queen of Raw, there is a specific fiber content associated with it — cotton, wool, silk, and so on. Based on that fiber content, we can quantify the average amount of water it takes to manufacture one yard. We have rescued enough fabric to save over 1 billion gallons of water from being used to manufacture new fabric. This helps to not only keep this inventory in circulation but to slow down the overall rate of textile production globally, says Benedetto.

— I think it’s critical for businesses like ours and our customers to capture the right data, analyze it and act on it, knowing that they can stand by their actions. But it’s equally important that they share that confidence publicly because it’s already the case that businesses are doing great things but keeping them close to their chests. They’re afraid of being too bold, or getting in trouble with customers or the press if their sustainability initiatives turn out to have been based on faulty information.

— Well, now using our solution they can have proof, and they can stand by their statements on things like water usage, dye toxins, energy consumption, and so on. To me, it makes no sense to collect that information, make sure it’s transported from tier 14 all the way downstream, and then not talk about it. If you do that, you’re missing a chance to improve your brand reputation, customer loyalty, and top-line sales at the same time as cutting your costs and waste. I just don’t see a downside!

— Brands across industries and around the globe have all signed commitments to reduce their waste by 2030. They are putting a stake in the ground as to what they stand for and where this industry is going. What’s particularly interesting is that these companies are not only supporting what they believe in. But they also face exposure to significant liability with all the recent changes in the laws (including recycling laws, tariffs, trade wars, EPR policies, and coronavirus) if they don’t reduce their waste.

— For example, we, along with H&M, Unilever, Cisco, Goldman Sachs, and more, are a founding member of the New York Circular City Initiative. How can we create a city where no waste is sent to landfill, environmental pollution is minimized, and thousands of good jobs are created through the intelligent use of products and raw materials? Our whitepaper answers this very question while supporting COVID-19 recovery efforts, says Benedetto, adding,

— It’s interesting to look back at 2008 and talk about what we’re going through right now. I was on Wall Street as a corporate attorney and in 2008, of course, the market crashed. It got very dark — talk about seeing the height of waste and greed and excess. I took it as my opportunity to reevaluate what I was doing and how I could best serve society and the future. Now, again, we’re in this period of downturn and uncertainty and in some ways, darkness. How can we find the light, and build opportunity and new business models and new visions of the future? I want my five-year-old son and my one-year-old to have clean water to drink, clothes that aren’t toxic to wear, and a planet to live on. Together we will change the world! 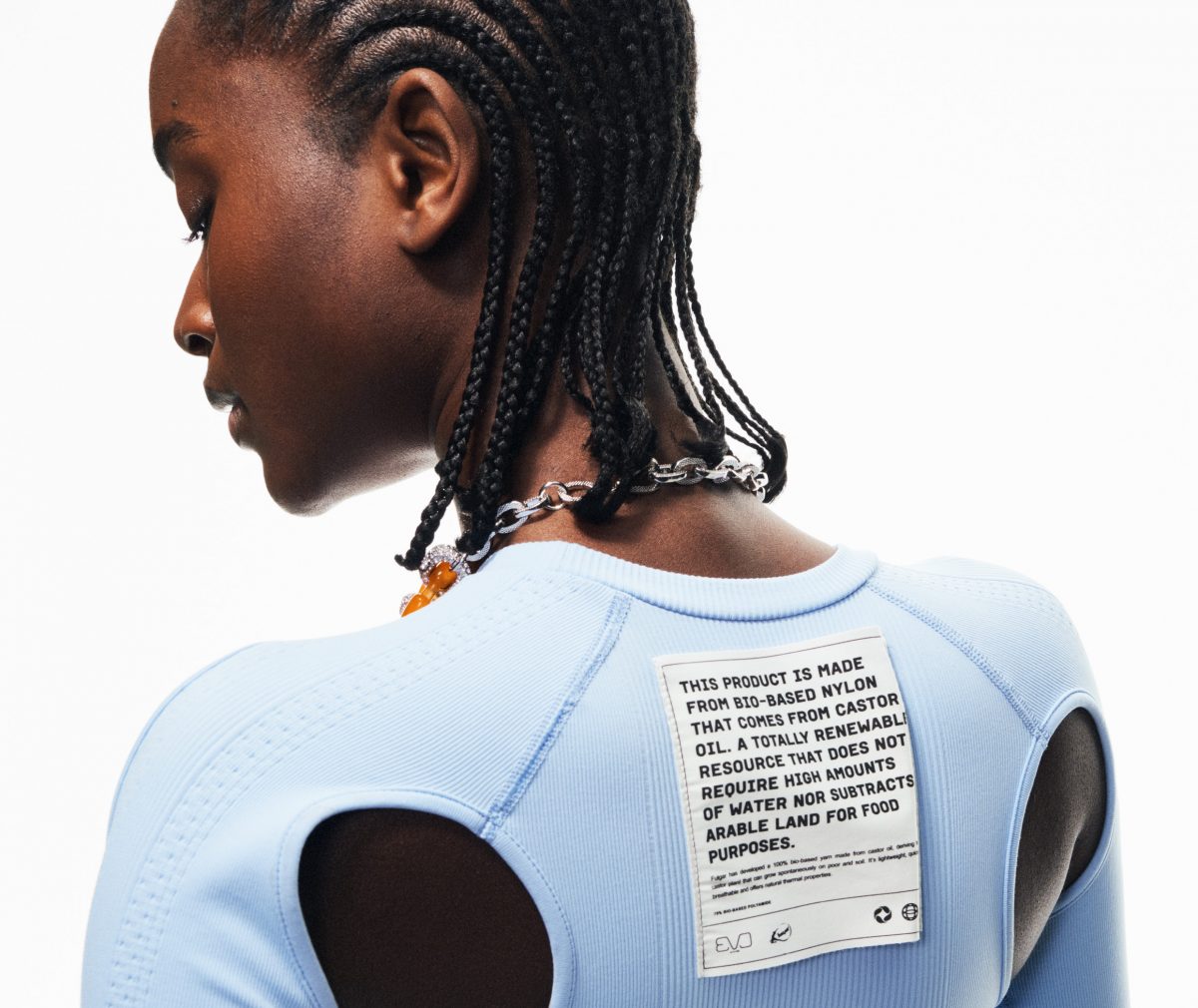