Exploring different techniques, including wet moulding and screen printing, in a celebration of her great grandmother. 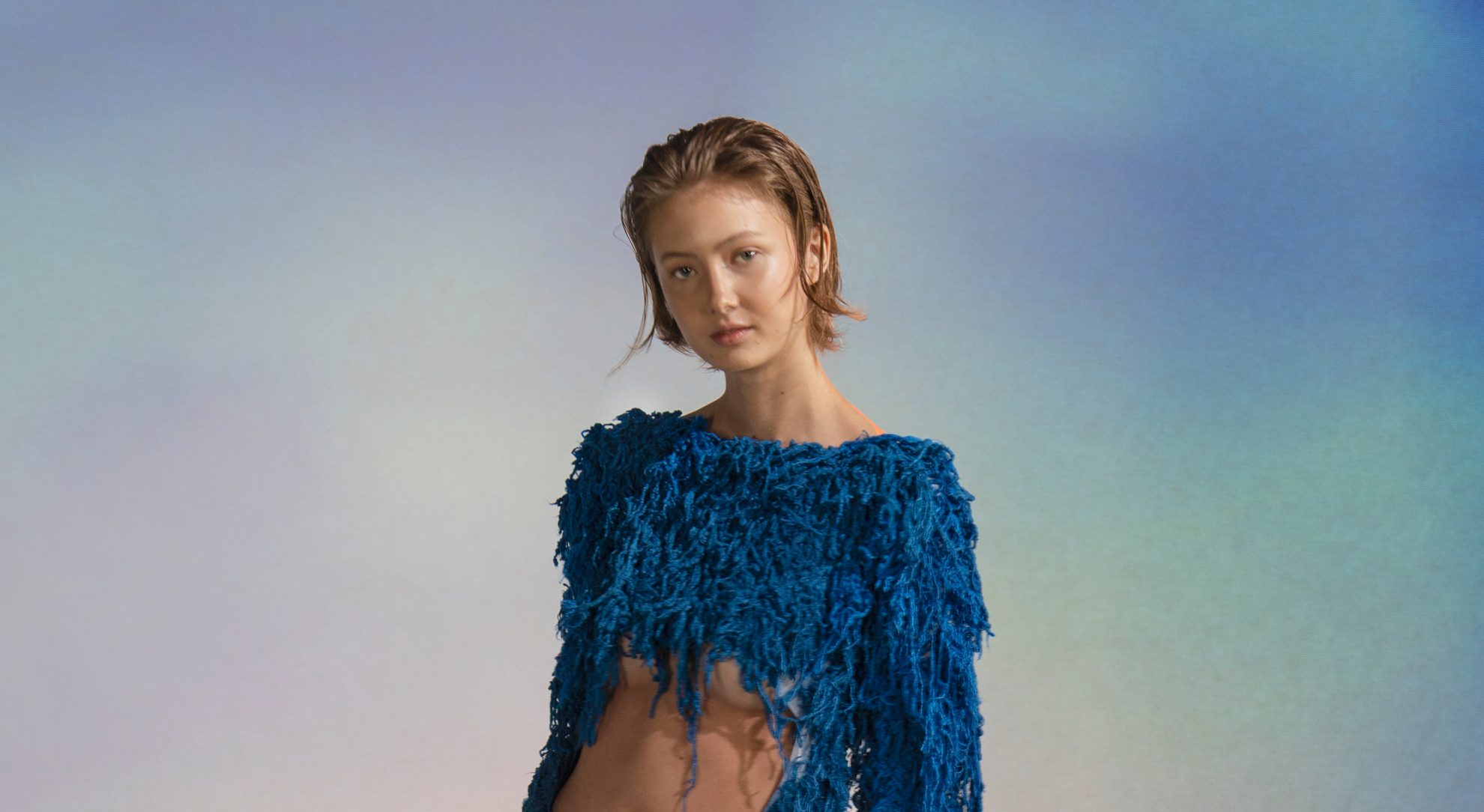 After studying at Central Saint Martins in London, Fuxe’s currently studying for her Bachelor’s degree at Beckmans College of Design in Stockholm.

— Growing up in a family with many scientists and psychologists has affected me in several ways, she tells, and I often strive to find new methods and techniques in my design. I think my creative process often resembles a research project, starting with a hypothesis that is tested during the design and construction parts. In one project, I used fluorescence microscopic images taken from a research study at the Karolinska Institute to explore how protein localization in cells could be used to create different prints.

Her latest collection is based on the idea of two innovative powers.

— One being my great grandmother Karin Ek, a pioneering poet and author, and the other one the innovative material Circulose by Renewcell, a biodegradable raw material that recycles clothes in a new way. I see this, not only as an interesting meeting between two innovative sources, but also between the past, present, and future, says Fuxe. She continues:

— I started off investigating the life of my great grandmother Karin Ek, who was a poet and author in the early 20th century in Stockholm. The garments are created based on her poetry which includes themes such as melancholy, death, love, and the philosophy that nothing really exists except the stormy movements of one’s own heart. Another important theme from Karin’s poetry is her, for the time period, original and bold expressions about women’s sexuality. I was also inspired by the fact that the timing of my collection aligns with the 100-year celebration of women’s right to vote in Sweden. In the collection, I have used raw materials provided by Renewcell in the form of cotton threads discarded as waste, recycled Circulose pulp, and recycled viscose fibers. Different techniques such as wet moulding, screen printing, knitting, and draping silhouettes were used to create the different looks. It has been a rewarding collaboration to be working with one of the most innovative materials out there.

Earlier this year, Filippa Fuxe won an international design competition created by Danish company Selfmade, where she presented a design idea with a garment that can vary and shift identity and shape through different detachable parts.

— These parts can be replaced with other versions, for example changing the shape of the sleeve or varying different color combinations. I wanted to let the consumer become their own designer and use their own creativity. The pattern will be available in stores in Scandinavia and parts of Europe in spring 2022, she concludes. 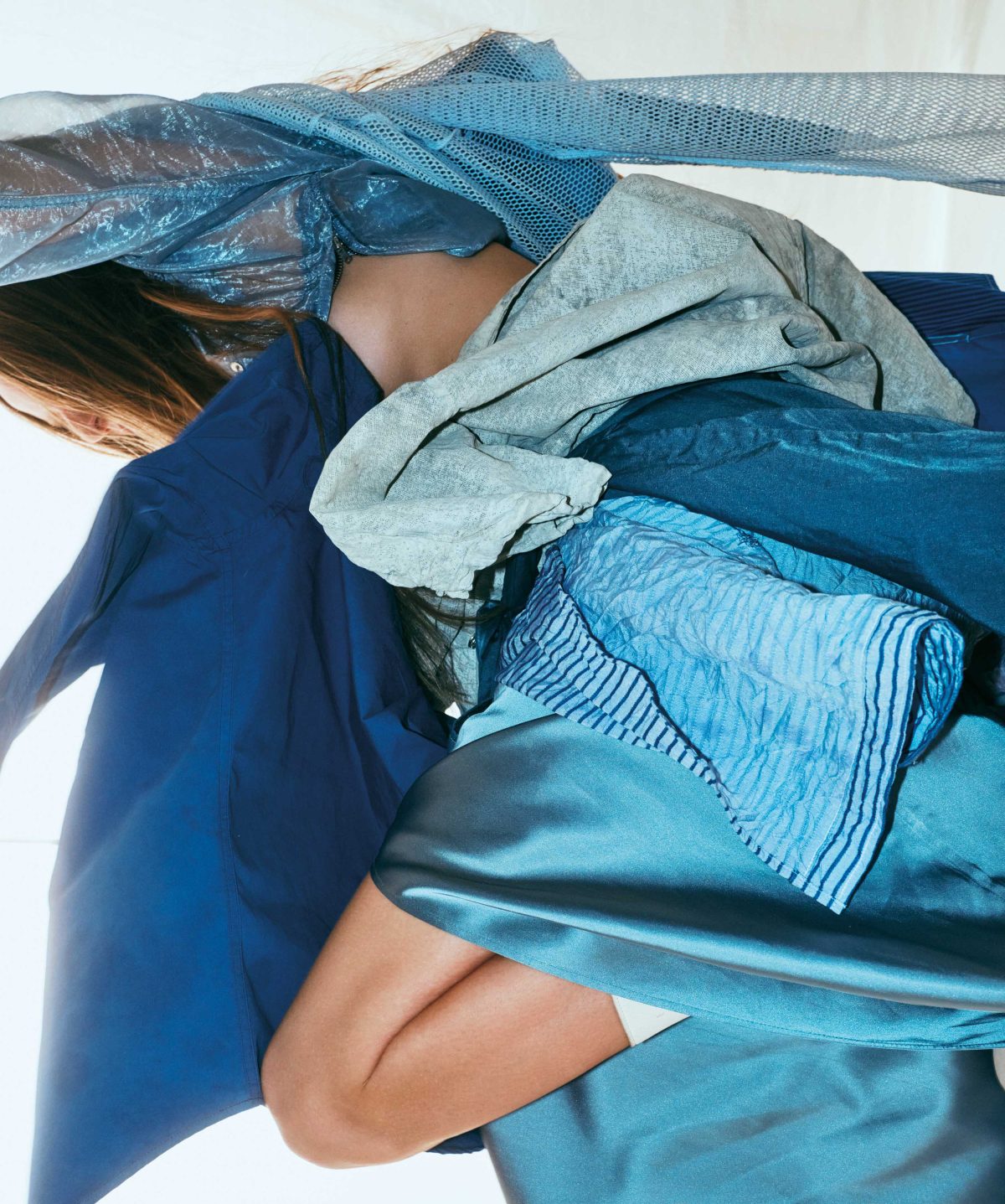 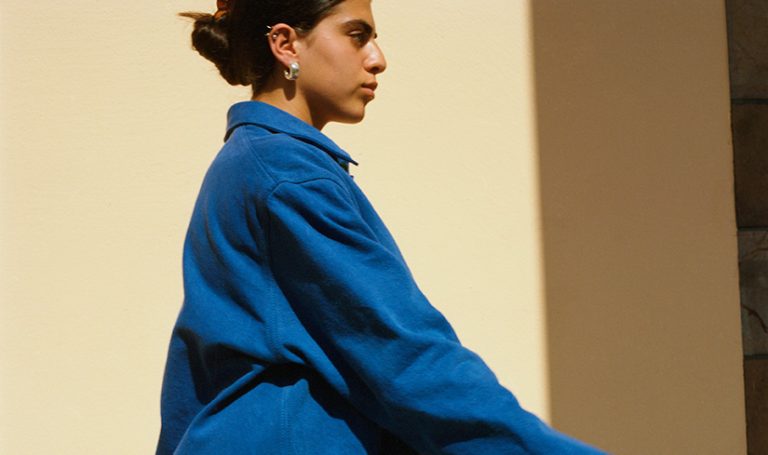 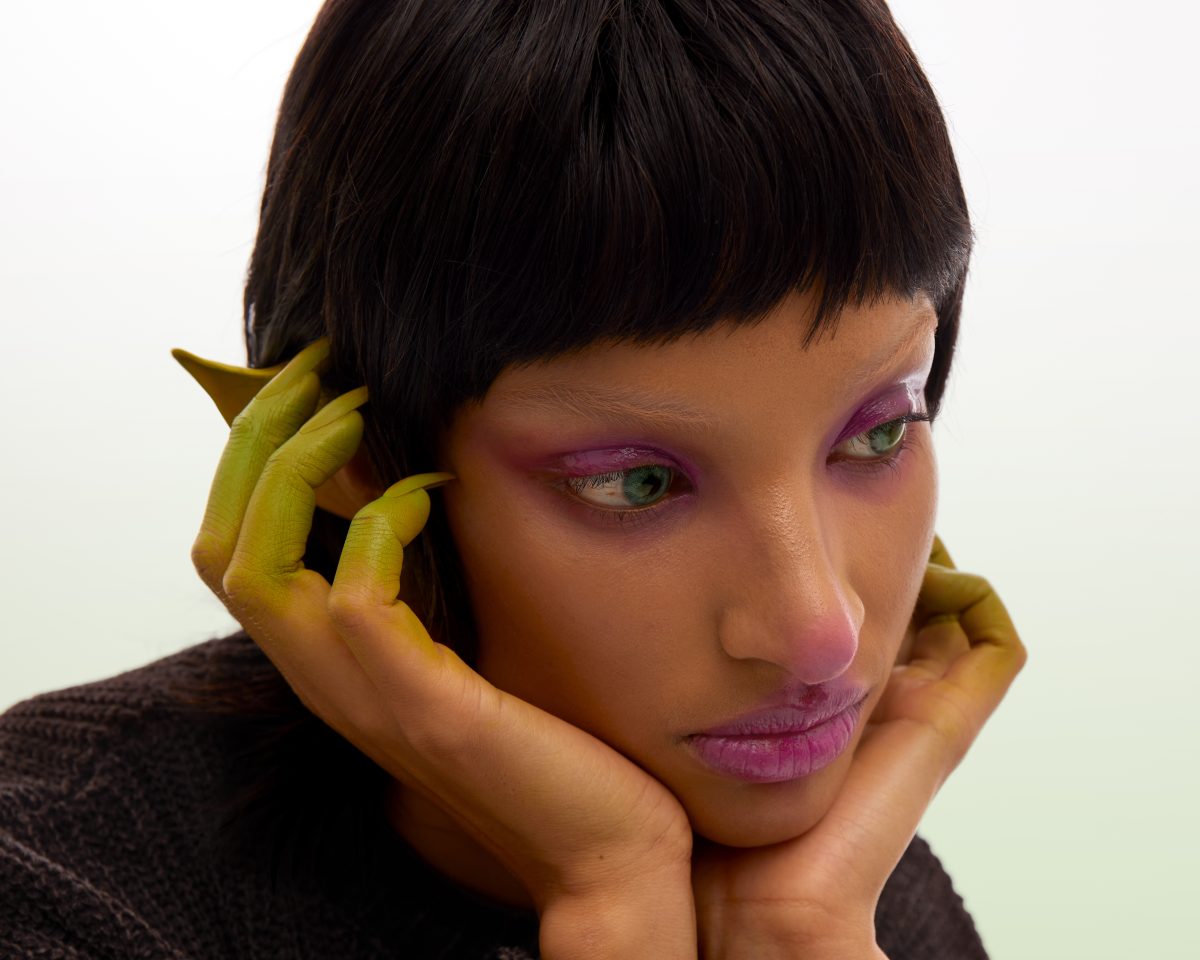